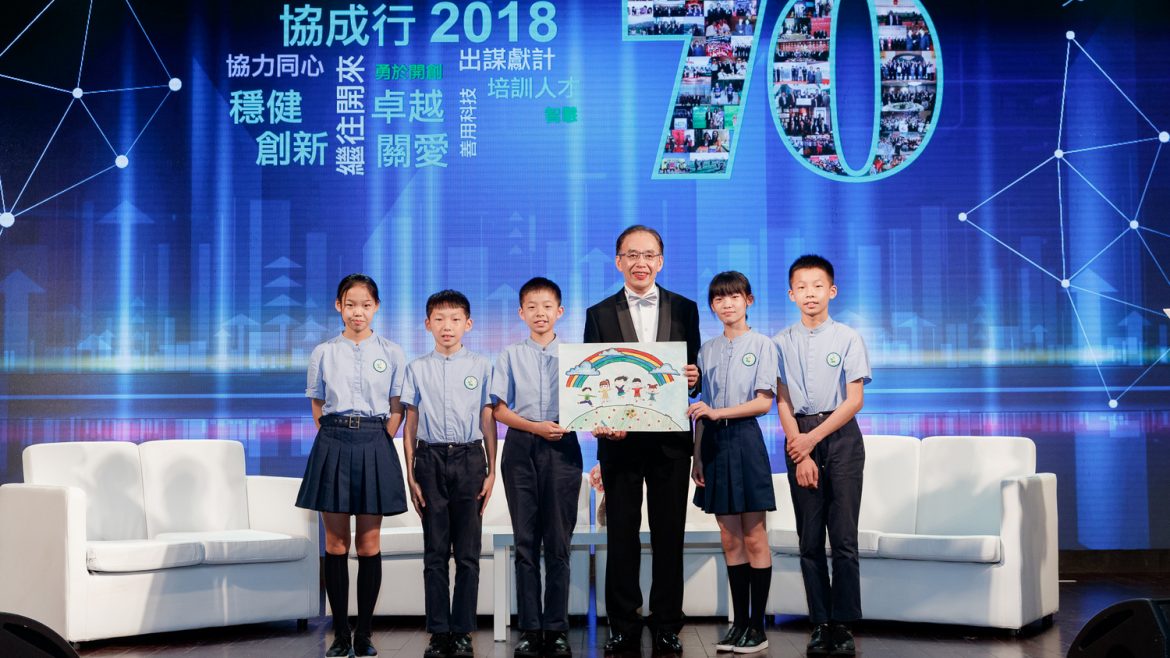 Recounting the memorable moments over the past 70 years, Dr. FONG Yun-wah, Henry, Chairman of Hip Shing Hong (Holdings) Company Limited, said, “We are honoured to have our most esteemed guests here with us tonight to celebrate Hip Shing Hong’s 70th Anniversary. Over the last seven decades, we have gained valuable experience in overcoming a number of turbulent challenges and have adopted a prudent company policy. We are blessed to have laid a solid foundation, which enables us to stay competitive. Moving forward, I hope Hip Shing Hong will uphold its philanthropy tradition and continue to contribute to the prosperity of Hong Kong and our country, ensuring the company’s sustainable development.”

The celebration dinner featured many HK classic songs and showcased memorable photos of Hip Shing Hong’s and Hong Kong’s past. The highlight of the night was a chit-chat session between The Hon. C Y LEUNG and the He’nan-born quintuplets, long-time beneficiaries of Fong’s Family Foundation sponsorships. Since 1896, around 20 birth cases of quintuplets have been documented globally. There is another source pointing out that around 17 cases were recorded in China from 1996 to 2011 and only 6 cases were completely survived. When they were 18 months old, the He’nan quintuplets’ deprivation caught Dr. Fong’s attention, who then took the initiative to contact the Chinese government for the sponsorship arrangement. Since then, the quintuplets have been able to grow healthily and live happily. In the chit-chat session, the audience was touched by the dialogue, and The Hon. C Y Leung offered his blessings to the teenagers, hoping that they will give back to society and the country when they grow up. The celebration was concluded with a picturesque violin and dance performance, bringing its guests a night of enormous pleasure. In the chit-chat session, The Hon. C Y Leung offered his blessings to the He’nan-born quintuplets, long-time beneficiaries of Fong’s Family Foundation sponsorships, hoping that they will give back to society and the country when they grow up. The He’nan-born quintuplets presented a drawing to Mr. FONG Man-hung, David, Manager Director of Hip Shing Hong (Holdings) Company Limited, to express their sincere gratitude to the Fong’s Family for their unwavering support. The celebration was concluded with a picturesque crystal ball dance performance.